COVID-19 vaccines may be safe during pregnancy, suggests a study that found no evidence of injury to the placenta in pregnant women who received the preventive.

The first-of-its-kind study, published on Tuesday in the journal Obstetrics & Gynecology, adds to the growing literature that COVID-19 vaccines are safe in pregnancy.

“The placenta is like the black box in an airplane. If something goes wrong with a pregnancy, we usually see changes in the placenta that can help us figure out what happened,” said Jeffery Goldstein, assistant professor at Northwestern University Feinberg School of Medicine in the US.

“From what we can tell, the COVID vaccine does not damage the placenta,” Goldstein said.

The researchers noted that there is a lot of vaccine hesitancy, especially among pregnant people.

“Our team hopes these data, albeit preliminary, can reduce concerns about the risk of the vaccine to the pregnancy,” said study co-author Emily Miller, assistant professor at Northwestern University.

Most patients received vaccines — either Moderna or Pfizer — during their third trimester.

Last year, the same team published a study that found placentas of women who tested positive for the COVID-19 virus while pregnant showed abnormal blood flow between mother and baby in utero.

Pregnant patients who want to get vaccinated to avoid contracting the disease should feel safe doing so, Miller said.

“We are beginning to move to a framework of protecting foetuses through vaccination, rather than from vaccination,” Miller said. 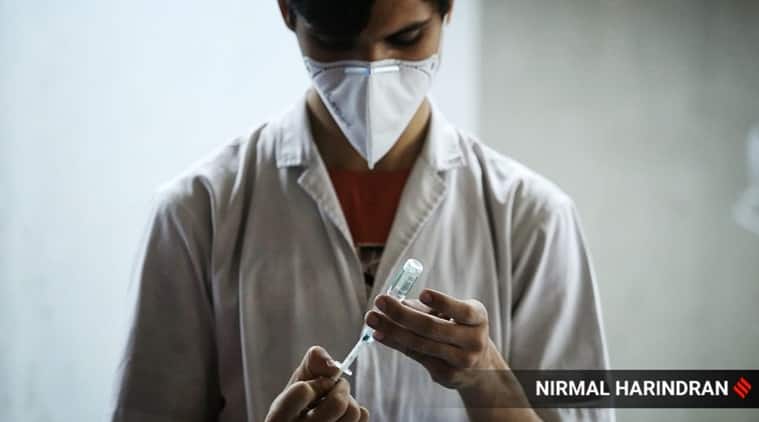 Pregnant patients who want to get vaccinated to avoid contracting the disease should feel safe doing so, Miller said. (Photo: Nirmal Harindran)

In April, the scientists published a study showing pregnant women make COVID antibodies after vaccination and successfully transfer them to their foetuses.

“Until infants can get vaccinated, the only way for them to get COVID antibodies is from their mother,” Goldstein said.

The placenta is the first organ that forms during pregnancy. It performs duties for most of the foetus’ organs while they are still forming, such as providing oxygen while the lungs develop and nutrition while the gut is forming.

According to the researchers, the placenta manages hormones and the immune system, and tells the mother’s body to welcome and nurture the foetus rather than reject it as a foreign intruder.

“The Internet has amplified a concern that the vaccine might trigger an immunological response that causes the mother to reject the foetus,” Goldstein said.

“But these findings lead us to believe that doesn’t happen,” he added.

The scientists also looked for abnormal blood flow between the mother and foetus and problems with foetal blood flow — both of which have been reported in pregnant patients who have tested positive for COVID.

The rate of these injuries was the same in the vaccinated patients as for control patients, Goldstein said.

The scientists also examined the placentas for chronic histiocytic intervillositis, a complication that can happen if the placenta is infected, in this case, by SARS-CoV-2.